On Sunday 4th February, six of our Combined Cadet Force were selected to to accompany Kings School CCF to RAF Cranwell.

The cadets were chosen due to their high marks in the Part 1 exam which saw them progress from recruits to cadets. Kings School generously offered some of their flying slots to give our cadets the opportunity to fly.

Cadet Woolley said: “It was a fantastic experience. I got to do two loop the loops and a barrel roll.”

She added: “It was good getting to know the Kings School cadets in down time we had as well – we played table football when we weren’t flying.”

Five of the six cadets that went to RAF Cranwell were able to experience flying, with the sixth being grounded for auditory reasons. The grounded cadet was given the opportunity to sit in the cockpit of a Grob Aircraft. Lt Col Ogg accompanied the cadets and he expressed his delight at the attitude everyone had towards flying.

All the cadets enjoyed the experience and were grateful for the opportunity. The remaining cadets will have the opportunity to go flying later in the year so nobody misses out. 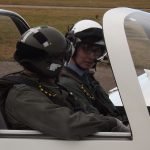 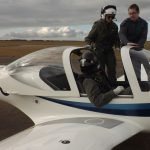 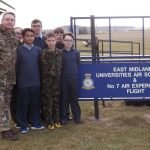 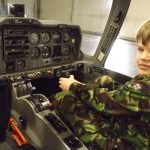